Moon Knight on Disney Plus is two episodes in and things have been moving along smoothly. In episode 1, we saw our first look at Steven Grant, Khonshu, and a few glances at who Marc Spector is. Episode 2 showed more Marc Spector and debuted Layla El-Faouly.

Fans saw what both of these two fighters are capable of. The ending showed Marc taking control of his body while Steven Grant is left feeling tortured in his mind. After seeing the first two episodes, there’s no way episode 3 won’t be just as good. 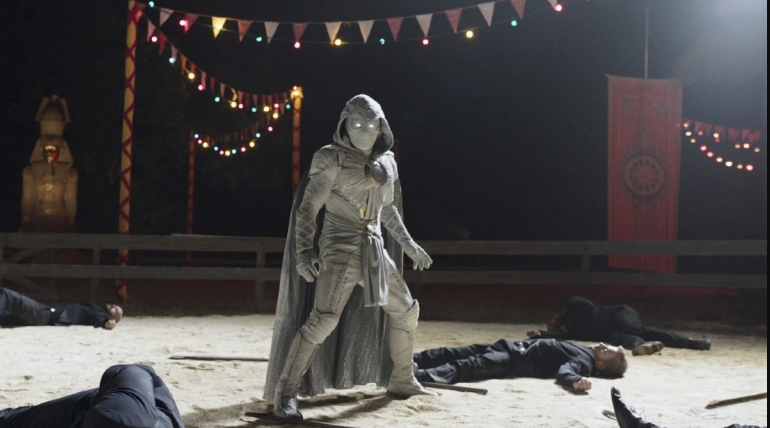 What to expect from Moon Knight episode 3

We’ve yet to see the origin of Marc Spector and Steven Grant. Layla brought up that Marc has used fake aliases before. Maybe switching from too many personalities caused his dissociative identity disorder. At some point, we need to find out why. The middle of the season could be the perfect place to explain this.

There’s also the origin of Marc dying and becoming an avatar of Khonshu. It would be disappointing if the show never got into his death. Especially since it’s the most important moment of Marc and Moon Knight’s life.

Episode 2 ended with Marc Spector in a room in Egypt heavily drinking alcohol. We don’t know if Marc is drinking because of what he’s done or what he’s about to do. Viewers should fully expect to know why almost immediately. Also, look for Moon Knight and Marc to be violent in this episode.

Lastly, we haven’t seen the last of the three personalities, Jake Lockley. This writer believes that we have seen some of his influence. When Marc was being reminded about a date, he didn’t remember asking her out. Marc wouldn’t care enough about a date. He focused on his mission. However, Jake Lockley might. He may have been tired of being alone and broke out just long enough to ask someone out for dinner.

How to watch Moon Knight online

As Moon Knight is a Disney Plus-exclusive series, the third episode can only be viewed on the paid subscription service itself (Disney Plus).

Full details on how to watch episode 3 can be found below. This includes the date, streaming information and more.

Some TV shows start off slow. Those programs aren’t Moon Knight. This Disney Plus Marvel Studios premiere started off good and kept getting better. And it all started with Steven Grant.

He was the insecure character we saw in the previews. However, his other personality, Marc Spector, is everything that Steven isn’t. He’s tough, strong, and confident. Oscar Isaac’s performance is worth the watch alone. The way he switched between both personalities was incredible. This was only episode 1. The next should be just as good.

One thing’s for certain, we’re going to see more of Moon Knight the superhero. Episode 1 ended with the Lunar Legionnaire beating down a wolf-like creature with ease. When it tried to escape, it was dragged back in for more punishment from Moon Knight. But that likely won’t be the only being that Arthur Harrow and Ammit will send after him.

Another expectation for episode 2 is more Marc Spector. All of the gaps when Steven was Marc could be filled in. The fights we missed and how he fixed the things so Steven wouldn’t be aware of the personality shifts should be on display. Not filling in the blanks would be disappointing to Marvel fans. At the very least, we’re going to see more of who Marc Spector is. Maybe even his origin.

Hopefully, we’ll also see Layla El-Faouly. We heard her voice on the phone, but didn’t actually see her. With only six episodes in the season, things will have to escalate faster than normal, especially since this is the origin story of a character the general public doesn’t know about. This writer can’t wait. Perhaps she is the newer version of Moon Knight’s comic book girlfriend Marlene Alraune? We’ll have to wait and see.

How to watch Moon Knight internationally

Marvel Studios has been especially secretive about the cast and story of Moon Knight, but we do have the core cast, and some of the names we’re supposed to call them by below. 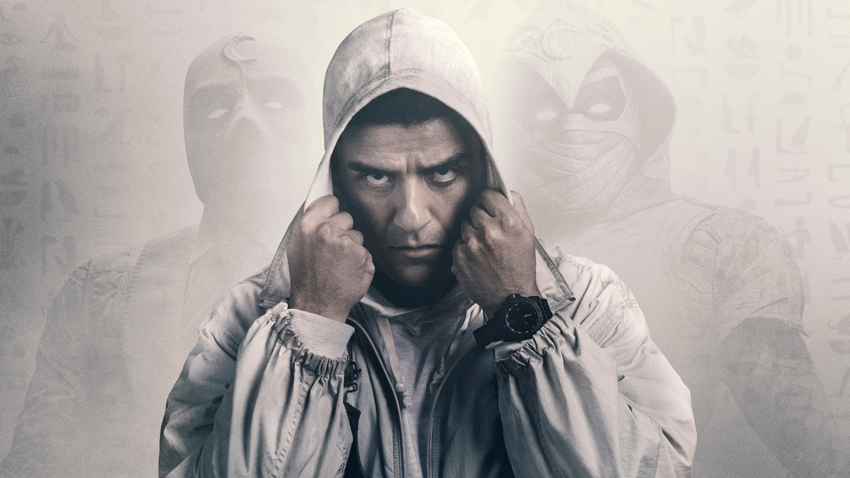 Moon Knight follows Steven Grant, a mild-mannered gift-shop employee, who becomes plagued with blackouts and memories of another life. Steven discovers he has dissociative identity disorder and shares a body with mercenary Marc Spector. As Steven/Marc’s enemies converge upon them, they must navigate their complex identities while thrust into a deadly mystery among the powerful gods of Egypt.